Given the relation described, identify the input and the output.

Question 1.
Daphne wants to find the area of a circle given its radius.
Answer:
Input: Radius
Output: Area of Circle

Based on the mapping diagrams, state the type of relation. Tell whether each relation is a function.

Answer: Many to one relation, it is a function 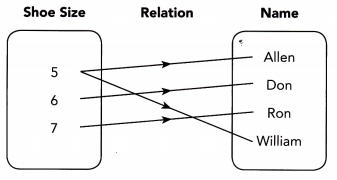 Answer: One to many relation, it is not a function

Tell whether each relation is a function.

Answer: One to one relation, it is a function

Answer: Many tone relation, it is a function 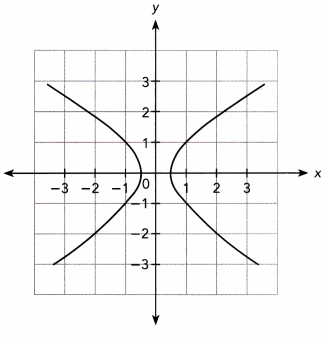 Use graph paper. Show your work.

Question 11.
The area of a square, A square centimeters, is a function of its side length, s centimeters, where A = s2.
Answer:
Non-linear and increasing function

Question 12.
A large region has experienced heavy rains. Government officials decide to open a floodgate to release water from the reservoir at a constant rate of 1 cubic kilometer per hour. Before they open the gate, there are 29 cubic kilometers of water in the reservoir. The amount of water in the reservoir, y cubic kilometers, is a function of the number of hours the floodgate has been opened, x hours.
a) Give the least possible input value and the corresponding output value. Tell whether the function is linear or nonlinear. Then tell whether the function is increasing or decreasing. Explain.
Answer:
The least possible input value is the smallest value of x which is obtained at the initial moment:
x = 0
The corresponding output value y is the amount of water in the reservoir in the initial moment:
y = 29 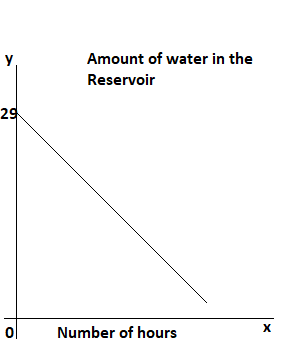 Question 13.
The student council orders T-shirts with the school logo from an online company. The cost for each T-shirt is $2, and the shipping charge for all the shirts is $25. The student council wants to find out the total amount of money they pay, y dollars, for the number of T-shirts they order, x.
a) Write an algebraic equation to represent the function.
Answer: y = 25 + 2x 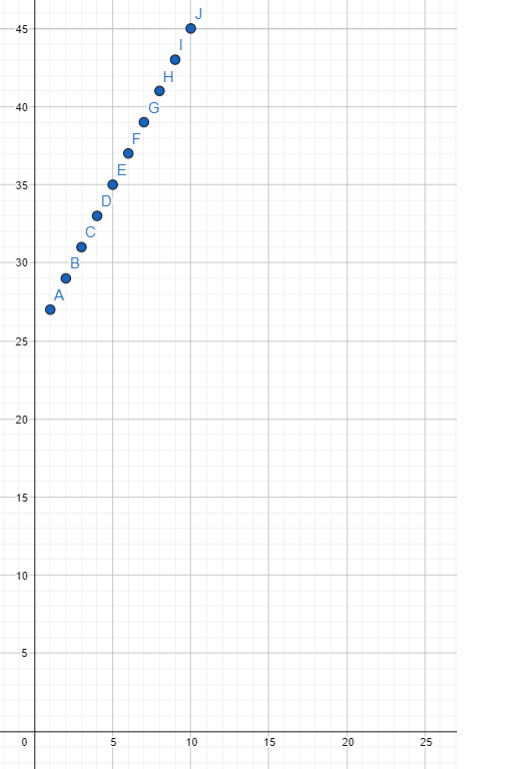 c) Identify whether the function is linear or nonlinear.
Answer: It is linear

d) Identify whether the function is increasing or decreasing. Explain.
Answer: It is increasing because as the values of x increase, the corresponding values of y also increase. 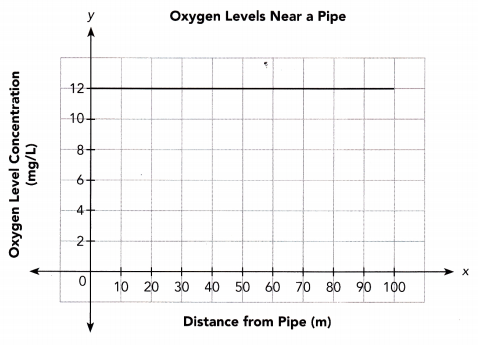 a) Copy the graph shown. Then graph the function y = 2 + 0.1x on the same coordinate plane.
Answer:
We are given the downstream function:
y = 2 + 0.1x
We graph both functions: 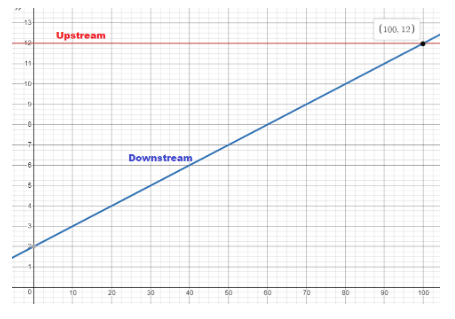